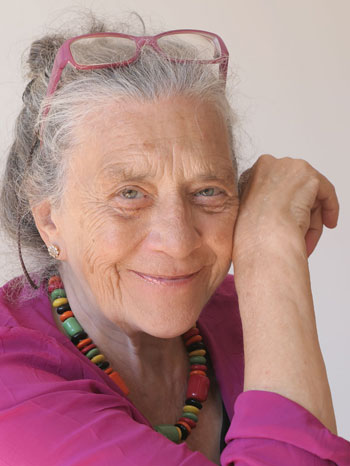 In September 26, 2021, Heidemarie Kern ("Heidi") passed away. She suffered from an advanced and incurable disease and looked forward to her coming death in peaceful agreement. Many members of the Sangha were able to accompany her for a while, we remember beautiful walks in her wheelchair and deep conversations in a park. She died surrounded by friends, gently and in peace.

Here you can download her funeral card: » Funeral Card

Heidi, born in 1943, lived in Augsburg and in India. She was a student of the Japanese Zen master Yamada Koun and received from him her teaching permission 1988 and the dharma name "Heki-un an". She spent a total of 17 years in Japan and cared for Yamada Koun during his last months of life. However, she did not feel mature enough to pass on the Zen teachings, so she continued to study with Fr. Ama Samy, whom she had met in Japan, and with Sogyal Rinpoche, from whom she learned Buddhist death guidance. After going through all the 600 koans a third time, she received a renewed teaching license from Gert Lüderitz in 2020.

By profession, Heidi was a teacher in health care and nursing. She particularly cared about the nursing and spiritual accompaniment of dying and demented people and also worked to improve palliative care in Germany and abroad. For her commitment to improving care, she and her care team have been awarded two care prizes.

Heidi's spiritual roots were as diverse as her life. In the Benedictine Abbey of Niederaltaich, the devout Catholic had a deep friendship with Father Emmanuel Jungclaussen OSB for decades. Numerous conversations with him gave rise to the idea for her book "Individuelle Sterbebegleitung" (Individual care for the Dying) which was published in 2015 and provides spiritual guidance for accompanying dying people of different faiths. 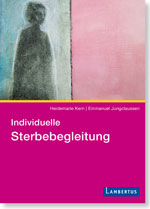 Heidi has also had made a shortened English version for those interested, which you can download here: "Spiritual Care for the Dying". Who likes, can give a small donation for it, different donation accounts you find on the funeral card.